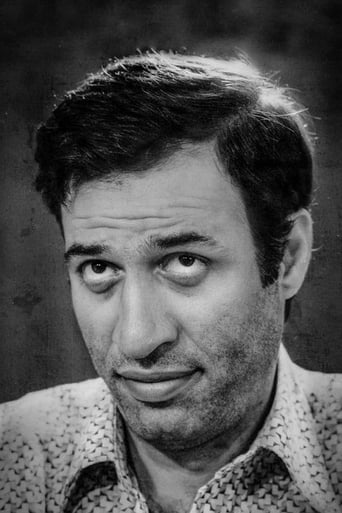 Born in 1944 Istanbul, Turkey. Graduated from Vefa High School, Fatih, Istanbul. Sunal acted in many popular films, although he began his artistic career in the theater. His first play was called, "Unwilling Doctor" and he later worked at the Devekusu Kabare Theatre with Ulvi Uraz. Although Sunal had minor roles at first, after 1973 he was highly acclaimed for his roles in movies with large casts. He won the Antalya Film Festival's Golden Orange Award in 1977. He contributed greatly to Turkish cinema with his successful acting, including his roles in such movies as "Hababam Sinifi" (Outrageous Class), "Kapicilar Krali" (King of Janitors), "Salako" (Moron), "Inek Saban" (Shaban the Cow) and "Davaro". Sunal's latest role was in Sinan Cetin's border comedy "Propaganda"(1999). He also made a TV commercial. Kemal Sunal died suddenly of a heart attack on July 3 at Istanbul's Ataturk Airport. he had just boarded the plane for Trabzon, where he was to take part in the filming of director Ali Ozgenturk's "Balalaika" (2000). His death caused a wave of sorrow across Turkey. President Ahmet Necdet Sezer, Prime Minister Bulent Ecevit and Minister of Culture Istemihan Talay and other politicians sent messages of condolence expressing their sorrow.