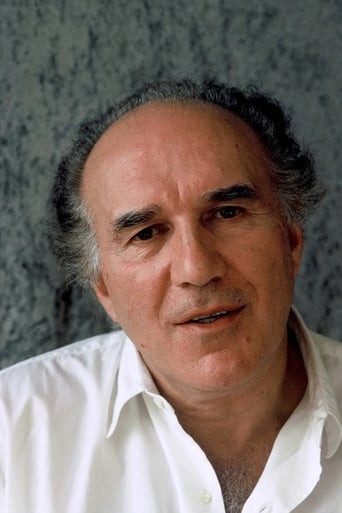 From Wikipedia, the free encyclopedia Michel Piccoli (born 27 December 1925) is a French actor. He was born in Paris to a musical family; his mother was a pianist and his father a violinist. He has appeared in many different roles, from seducer to cop to gangster, in more than 170 movies. Piccoli has worked with Jean Renoir, Jean-Pierre Melville, Jean-Luc Godard, Claude Lelouch, Jacques Demy, Claude Sautet, Louis Malle, Agnès Varda, Leos Carax, Luis Buñuel, Costa-Gavras, Alfred Hitchcock, Marco Ferreri, Jacques Rivette, Otar Iosseliani and Jacques Doillon. He was married three times, first to Éléonore Hirt, then for eleven years to the singer Juliette Gréco and finally to Ludivine Clerc. He has one daughter from his first marriage, Anne-Cordélia. Piccoli is politically active on the left, and is vocally opposed to the Front National. Description above from the Wikipedia article Michel Piccoli, licensed under CC-BY-SA, full list of contributors on Wikipedia.