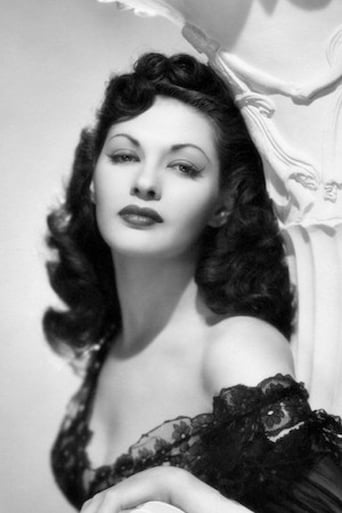 Yvonne De Carlo (September 1, 1922 – January 8, 2007) was a Canadian-born American actress of film and television. During her six-decade career, her most frequent appearances in film came in the 1940s and 1950s and included her best-known film roles, such as of Anna Marie in Salome Where She Danced (1945); Anna in Criss Cross (1949); Sephora the wife of Moses in The Ten Commandments (1956), starring Charlton Heston; and Amantha Starr in Band of Angels (1957) with Clark Gable. In the early 1960s, De Carlo accepted the offer to play Lily Munster for the CBS television series The Munsters, alongside Fred Gwynne and Al Lewis. Description above from the Wikipedia article Yvonne De Carlo, licensed under CC-BY-SA, full list of contributors on Wikipedia.