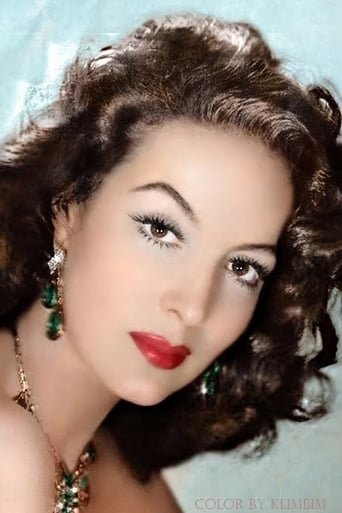 María de los Ángeles Félix Güereña (8 April 1914 – 8 April 2002) was a Mexican film actress. She is considered one of the most important female figures of the Golden Age of Mexican cinema. She was also considered one of the most beautiful film actresses of her time, and one of the greatest erotic myths of Spanish-language cinema. Along withPedro Armendáriz and Dolores del Río, she is one of the most important figures of Latin American cinema of the 1940s and 1950s. She is known by the nickname La Doña a name derived from her character in the film Doña Bárbara (1943). She is also known as María Bonita, thanks to the anthem composed exclusively for her, as a wedding gift by the composer Agustín Lara. She completed a film career that included 47 films made in Mexico, Spain, France, Italy and Argentina.