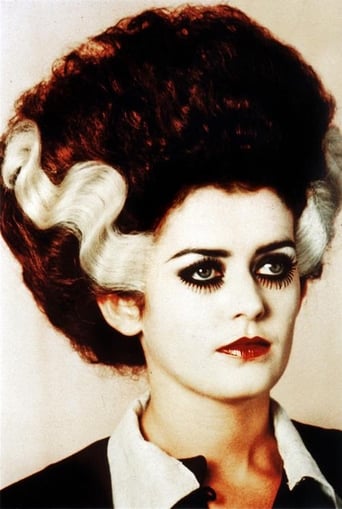 ​From Wikipedia, the free encyclopedia.   Patricia Quinn, Lady Stephens (born 28 May 1944) is a Northern Irish actress best known for her role as Magenta in the film The Rocky Horror Picture Show (1975). Hers were the red lips that appeared in the film's opening song "Science Fiction/Double Feature" (although the singing voice was that of Richard O'Brien). She has appeared in many film and television roles including the Rocky Horror semi-sequel, Shock Treatment (1981), as well as I, Claudius (1976), Monty Python's The Meaning of Life (1983), and the 1987 Doctor Who serial Dragonfire. Description above from the Wikipedia article  Patricia Quinn, licensed under CC-BY-SA, full list of contributors on Wikipedia.