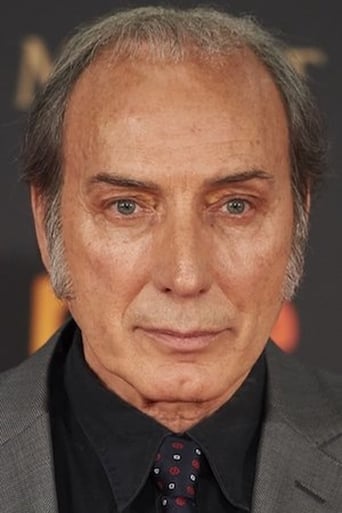 Eusebio Poncela  (Madrid, 15 September 1947) is a Spanish actor. His debut on stage was with"Mariana Pineda". In 1969 appears on screen for first time in "Fuenteovejuna", but his first notable role was the protagonist of the Spanish cult movie Arrebato (1979), directed by Iván Zulueta. Another hit was TVE miniserie Los gozos y las sombras (1985). He was the protagonist of La ley del deseo by Pedro Almodóvar. He came back to cinema with Martín (Hache), by Adolfo Aristarain. Another films: Tuno negro (2001) and Remake (2006); or Intacto, by Juan Carlos Fresnadillo, with Max von Sydow. Description above from the Wikipedia article Eusebio Poncela, licensed under CC-BY-SA, full list of contributors on Wikipedia