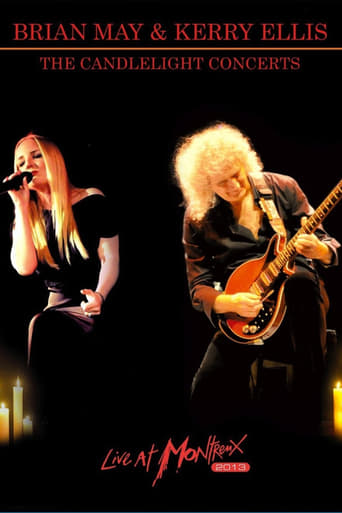 Brian May & Kerry Ellis - The Candlelight Concerts Live at Montreux (2014)

Brian May & Kerry Ellis - The Candlelight Concerts Live at Montreux is a film which was been released in 2014 direct by what was only this year and its release language is en with certain dubbings. It has been recorded, as almost all theaters in USA and got a score on IMDB which is 4.3/10 Other than a length of 92 minutes and a monetary capital of . The the actors who worked on this movie are Brian May. Kerry Ellis. Queen legend Brian May and first lady of the West End Kerry Ellis come together for The Candlelight Concerts. Filmed at the renowned Stravinski Auditorium during the Montreux Jazz Festival in July 2013, this wonderfully intimate show blends Kerry Ellis' beautiful voice with the sympathetic guitar playing of Brian May for a largely acoustic performance of standards, ballads, Queensongs and cover versions.